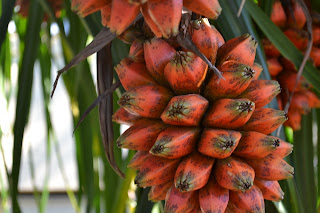 Pandanus Palm
We visited a nearby home which was holding an open garden for Mother's Day. It was amazing, how much food can be grown in such a tiny space. 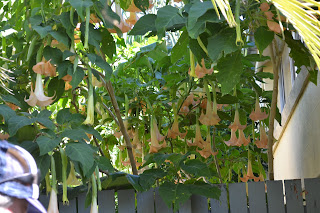 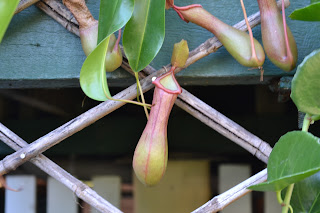 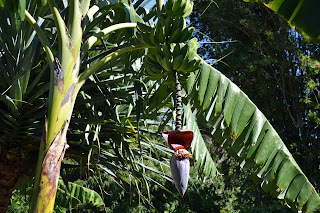 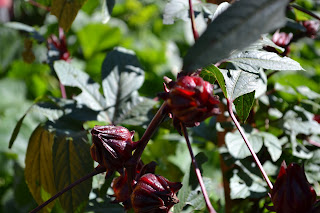 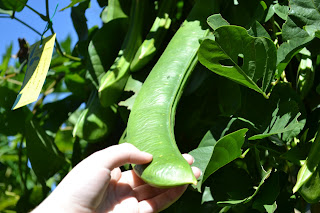 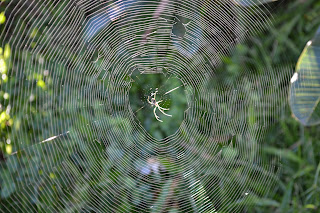 My companion as I hang out the laundry, early in the morning. The sunlight on her web was so lovely. What a talented spinner!
Posted by Emma at 12:00 pm No comments:

Remember me? I wouldn't blame you if you didn't. I am still reading blogs, but posting has not been something I have thought about in a very long time.

I am still spinning: delicious hand dyed top from Into the Whirled. 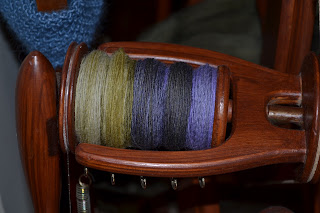 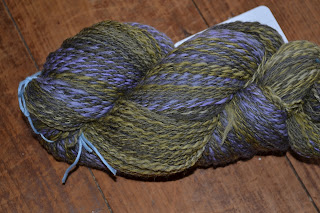 And treetops merino from the local spinning guild shop. 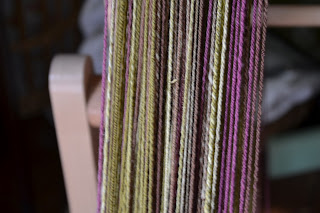 I am going to try and restart posting on this blog. I have to come out from under the rock sometime. ﻿
Posted by Emma at 2:08 pm 1 comment:

I do still exist, contrary to popular belief. I have been knitting, learning to spin and trying to keep up with the whirlwind of activity that the end of the year creates. The lovely little school my children attend is closing in 5 weeks, so I have been organising their transfers for the new school year. 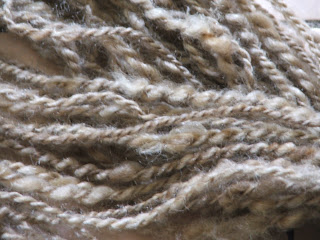 Above is my first attempt at spinning. It's a bit lumpy and strange, but I like it. I didn't get a lot out of the first attempt, so the plan is to knit it into a hot water bottle cover. The next lot is looking much more promising. 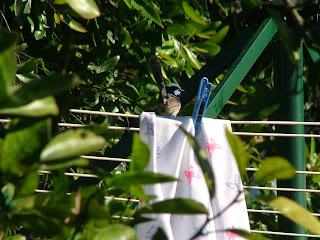 I have been enjoying the birdlife in our tiny suburban garden this spring. This little fairy wren is hanging around with his harem. In this phot he was actually scolding the blue peg for infringing on his territory. The males are only blue in the breeding season, and the wrens remain brown throughout the year. I was so excited to discover a tiny nest in the shrubbery outside my bedroom window. 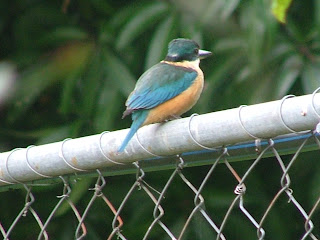 The kingfisher has been hunting from his fence perch. He pointedly ignored me with my camera, sneaking up on him behind the yuccas. They are such sedate birds. We have also been entertaining kookaburras.

My other little visitor has been a baby possum, badly photographed below: 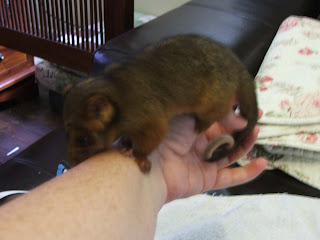 I found him on the road outside our house, valiantly fighting off two crows who clearly thought he would make a most excellent lunch. I gathered him up, and possum sat for the afternoon, until I could take him to the vet to be passed on to licensed carers. He was unhurt, and quite snuggly once he had recovered from his fright. My guess is that he had fallen from Mama possum's back, as there was no sign of a parent anywhere. It's illegal to keep the wildlife as pets, so I had to reluctantly give him up. Josh and I are resolved to investigate becoming wildlife carers next year, so that we can help these 'furry friends'. 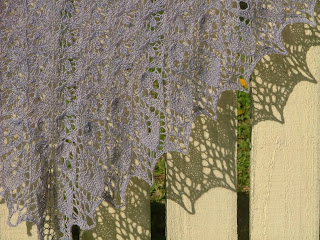 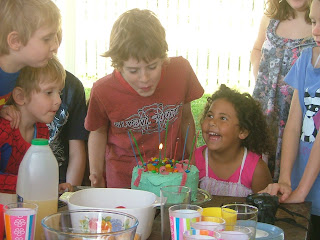 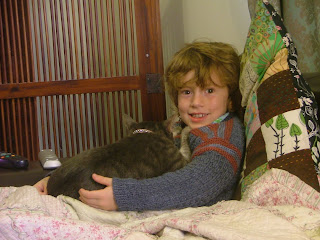 I've been doing some internet housekeeping. I have set up a new blog, just two posts so far, with the intention of using it as a craft specific blog. It'll be mostly knitting, with a little sewing thrown in too. Family related posts and pictures of the kids will remain here, where my heart is.

I hope I'll see you all in both places! 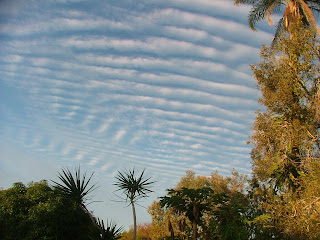 Knitting like a maniac at the moment. Winter has well and truly arrived and the needles are in overdrive. I seem to believe that if I start a pair of socks tonight I will be able to have warm feet tomorrow. So here are a few finishes: 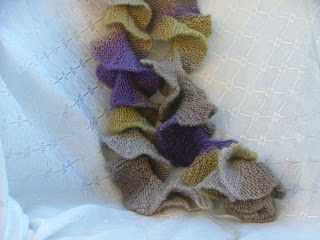 Spiral Scarf, a kit I bought at the Morris and Sons stand at a craft fair in March. I also bought cheap bamboo needles so that I could cast on while waiting for Brett to come get me. It was such an easy pattern, and looks pretty amazing. 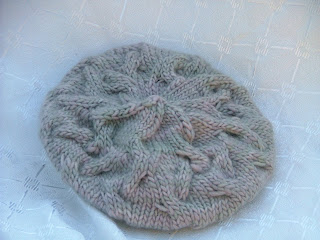 Star crossed slouchy beret, a Ravelry pattern, knitted in Malabrigo Worsted, colour Pearl. This was another quick and easy one, though Brett was away that week, and I do tend to hyperfocus on stuff in the evenings without him around. 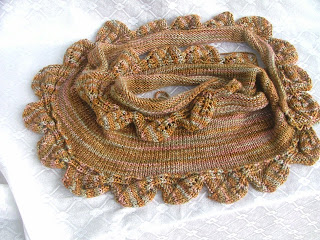 And Cedar Leaf Shawlette, knitted in bronze Handmaiden Lady Godiva, one of the most sensual knitting experiences you could ever have. This yarn is divine.
There are more projects going, of course, a couple very close to completion. Let's hope winter lasts more than the weekend!
Posted by Emma at 9:04 pm 2 comments:

On My Bedside Table